During the preschool years children make incredible advances in their ability to create a self or family-portrait. Awareness of self and others, as well as more skillful fine motor development allow children to progress from a controlled scribble to a figure with a head and limbs with details being added as their ideas develop. The following are stages of artistic development to look for in your child’s art work.

We do portraits such as these multiple times per year to see how children’s perceptions and abilities change! 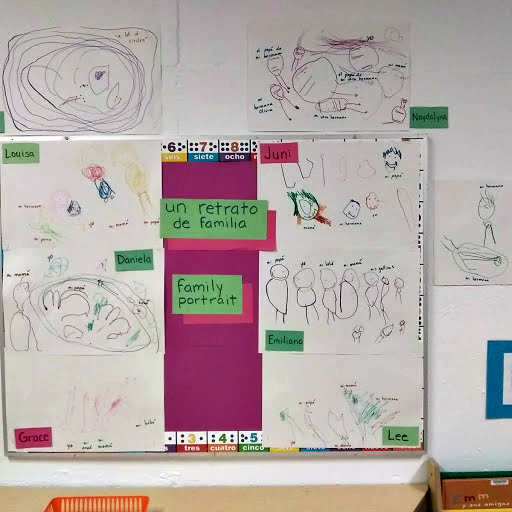